Posted by LabourVoices on September 30, 2020

As our economic rebuild gets underway, New Zealand needs a strong, responsible government to lead our recovery. National bills itself as the Party with economic credibility, but that’s not what the numbers show or what voters believe.

In the past five months, three polls have consistently shown that more New Zealanders trust Labour to run our economy than National – and by significant margins.

A recent NewsHub poll shows that more than half of New Zealanders trust Labour with the economy, while only a third trust the current National line-up. These numbers reflect earlier polls on both NewsHub and on TVNZ – and the results are no surprise. 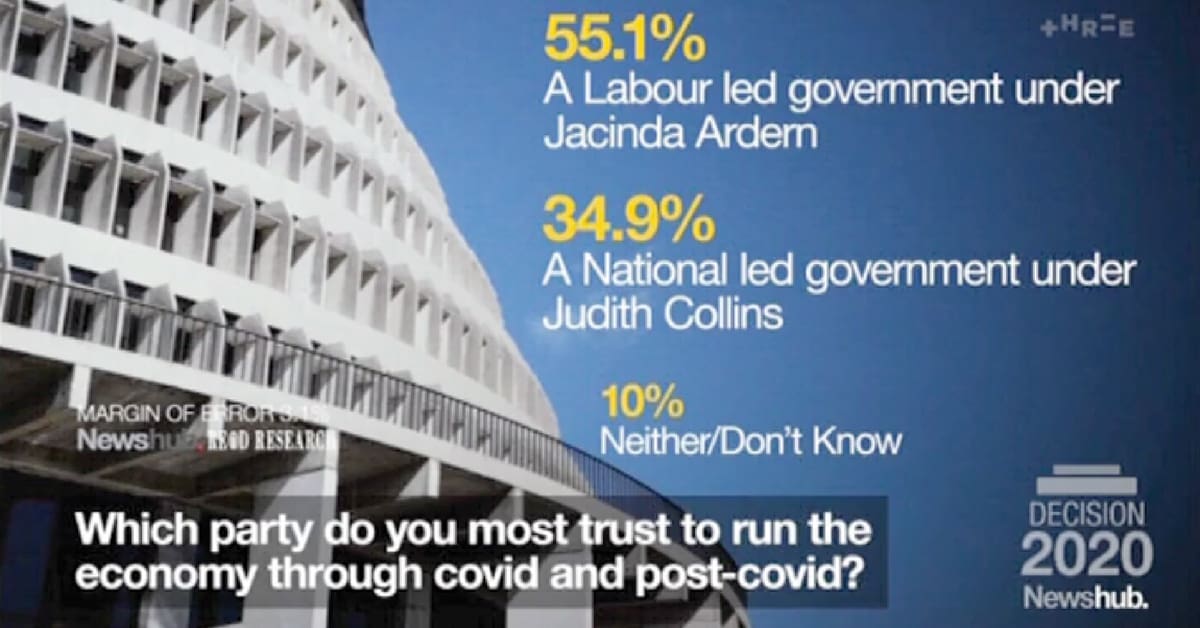 Thanks to our strong economic management prior to COVID-19 - bringing down debt we inherited from a National government, hitting near-record-low unemployment and running surplus budgets in case of a rainy day – we have been in a good position to weather the impact of the virus and start to rebuild our economy much earlier than many other countries. In fact, on September 16th, Treasury released its Pre-Election Economic and Fiscal Update, which reflects the impact of COVID-19 on our economy. The numbers show New Zealand’s economy is doing better than forecast, with lower unemployment and higher growth expected.

National, on the other hand, has been all over the place when it comes to their stance on how to manage COVID-19, their plans for the economy, and most recently their election promise costs – with multiple fiscal errors being revealed in Paul Goldsmith’s alternative budget. This is the legacy of having three leaders in less than five months and shows they are not fit to manage the economy in these challenging times. If National can’t get the basics right then they certainly can’t be trusted to run the country.

Labour has a clear plan for our economic recovery and rebuild - and it’s already underway. Our plan is creating jobs, backing businesses and exporters, and ensuring we build back better while supporting our communities. Because of our careful economic management before COVID-19, and our strong health response since the virus arrived in New Zealand, we’ve been able to get our economy going faster than many other countries.

However, to continue to take advantage of our headstart, New Zealand needs a government that can responsibly manage the books. The statistics show that more Kiwis trust Labour over National to run the economy and keep New Zealand moving in the right direction. Labour has been picked as the preferred economic managers in three recent polls, because Labour is the only party with a proven track record. We have a plan to recover and rebuild – and our plan is already making a difference for New Zealanders. So this 17 October, let’s stick together and let’s keep up our momentum.

You can read more about our plan for rebuild and recovery, and how it’s already getting our economy moving, here.