Week That Was: Waitangi

This week, the focus was on Waitangi - a great opportunity to reflect on who we are, and who we want to be as a nation.

Labour MPs gathered at the Waitangi Treaty Grounds to mark 180 years since the signing of Te Tiriti o Waitangi.

As has become tradition, after the dawn service our MPs were quick to don their aprons and grab their tongs for the Prime Minister's Waitangi Day BBQ. 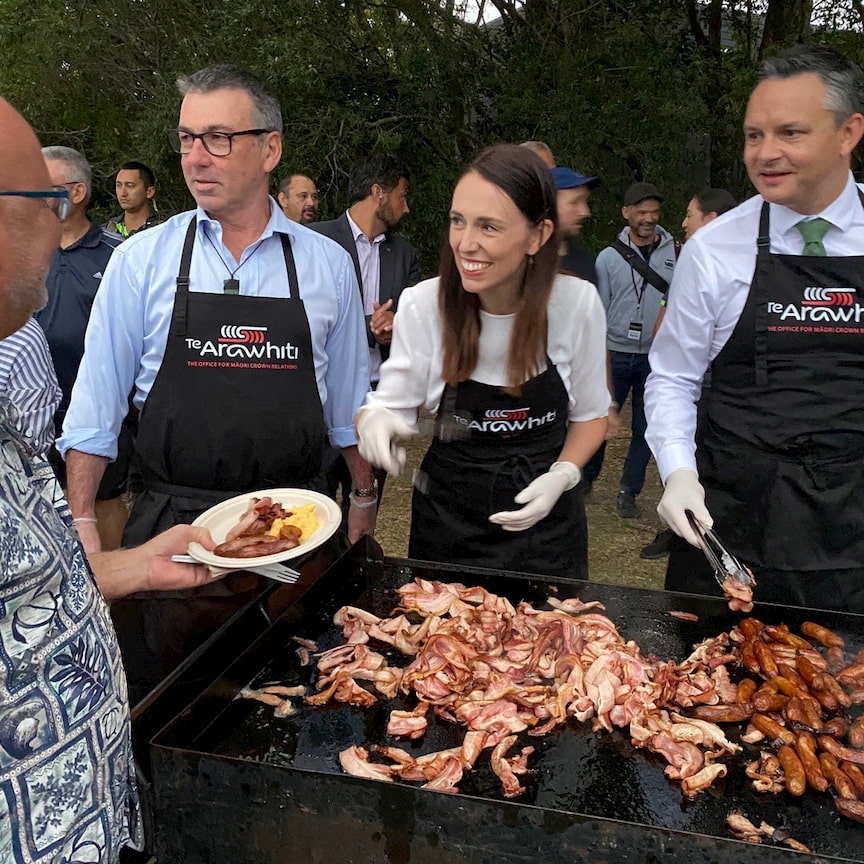 Earlier in the week, Prime Minister Jacinda Ardern delivered her speech on the Upper Marae, where she stated: "Waitangi is the place where we acknowledge our past. But it must also be the place where we challenge our present, but where we be collectively hopeful about our future."

Read a full transcipt of the speech here.

Keeping the economy in good shape

It's more great news for our economy. This week saw Stats NZ release figures showing low unemployment, rising wages and record numbers of Māori in work. These figures demonstrate the economy is in good shape and our Government is delivering better outcomes across New Zealand.

Our biggest investments in infrastructure in a generation focus on lifting wages of those who previously missed out, and our regional growth investments are making a significant difference.

The unemployment rate fell to 4% in the December 2019, according to Stats NZ. When we came into Government unemployment was 4.7%. In the past two years, we have achieved the lowest levels in a decade.

Wage growth in the year to December 2019 continues to sit near decade highs, with average hourly wages up 3.6% from a year ago - well ahead of inflation at 1.9%.

We have seen wages grow more quickly than the cost of living, meaning more New Zealanders are getting ahead and benefitting from a growing economy.

This week also saw the launch of a new educational programme for Māori rangatahi. Te Kawa Matakura is a programme designed by Māori, for Māori, targeted at 17-25 year olds proficient in te reo Māori who show a strong desire to learn mātauranga Māori.

The programme is set to have massive benefits for marae, iwi, communities, and wider Aotearoa.

It's another way we're backing Māori to achieve success as Māori - alongside our investment in kaupapa waka hourua, also announced this week.

With this investment, we're setting up a National Body of kaupapa waka hourua experts to strengthen the mātauranga and tikanga in Māori and Pacific voyaging traditions. The investment follows the success of last year’s national commemoration Tuia 250, and a year since the passing of Sir Hekenukumai Busby, who was internationally recognised for his crucial contribution to the revival of waka building and voyaging.

Earlier this week, we joined the Cooper whānau, Waipuna Marae and the Panguru community to unveil a commemorative statue of the late Dame Whina Cooper.

The statue recreates the iconic photo of Dame Whina walking hand in hand with her mokopuna Irenee Cooper, at the start of the Land March on 14 September 1975. It celebrates Dame Whina’s leadership, rangatiratanga and mana, and will serve as an ongoing testament to the legacy she left for all New Zealanders.

Unveiling this statue highlights comparative lack of monuments to prominent New Zealand women and prominent Māori, and is a timely reminder that there’s still much to do to recognise the status and contribution of women and Māori in our society.

Prime Minister Jacinda Ardern escorted Dame Whina Cooper's son Joe Cooper and daughter Hine Cooper, to the unveiling of the statue in honour of Te Whaea o Te Motu. In unveiling the statue, Arderm told the large crowd that Dame Whina's legacy will be taught in all schools, as part of this Government's commitment to having New Zealand history taught in all kura by 2022.