Week That Was: Tackling child poverty

It's been a great week of progress: we've celebrated Children's Day, we've made communities safer with 1800 new police, and we've seen almost 90% of eligible schools take up Government funding to scrap school donations - taking pressure off the families of more than 416,000 students.

It was World Children's Day this week, and to celebrate, the Prime Minister joined Speaker Trevor Mallard to host a children's picnic on Parliament's front lawn. It was a great opportunity to celebrate the progress we've made for Kiwi kids, and to reaffirm our commitment to the most widely ratified human rights treaty in history – the United Nations Convention on the Rights of the Child, which enshrines in international law specific rights for children to have safe, happy and fulfilled childhoods. It was also a fantastic moment to officially open Parliament's new playground!

One of our toughest long-term challenges is to tackle child poverty. We’ve made a good start on our plan to ensure families can give their kids the best possible start at life, which benefits all of New Zealand.

The Families Package and Wellbeing Budget means we’re on track to lift 50,000 to 74,000 children out of poverty by putting more money in the pockets of parents and our wider plan eases the pressure on families across health, education and housing.

The plan sets the direction for not just three years ahead but 30, and with the next generation in mind.

We promised to make communities safer with more police – and we’ve done it! Our latest class of Police recruits graduated in Porirua this week, meaning we've now reached 1800 new police officers on the beat! Jacinda Ardern was there to congratulate the new graduates and celebrate this milestone.

The total Police workforce is now the largest it has ever been. 2019 is projected to see the largest increase in Police numbers (outside the merger of Police and traffic services in 1992-3), since the Police were first established in 1886.

The annual attrition rate in Police dropped below 4 per cent in 2019 - one of the lowest in the wider state sector. The net gain counting attrition is 1000 officers since the start of the the 2017/18 financial year. It's an increase of more than 11% in the number of full-time officers over that period. 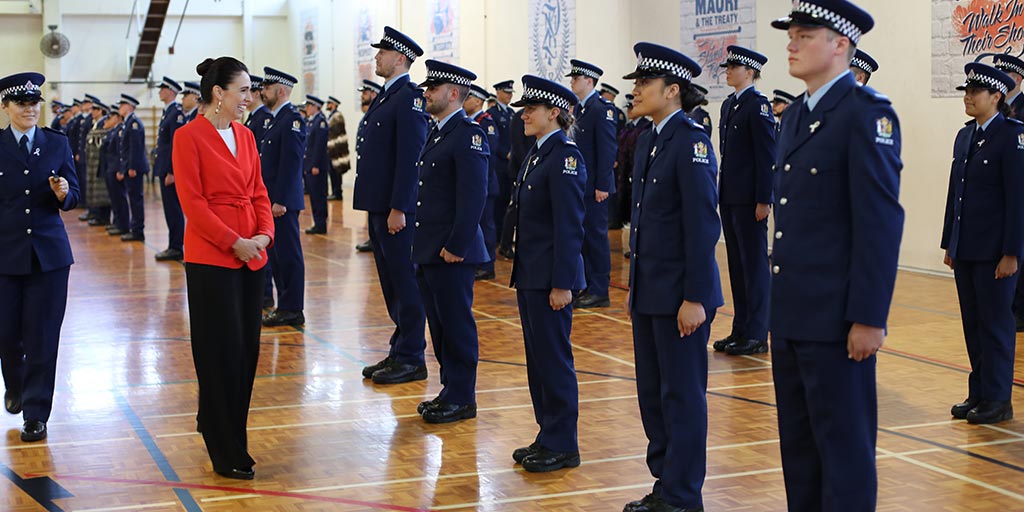 During the last election we promised we’d support schools well enough that they’d no longer have to ask parents for donations - and once again, we've done it! Almost 90% of eligible schools have officially taken up our funding boost to remove school donations. This scheme is going to give those 1,563 schools guaranteed extra funding next year - meaning the families of more than 416,000 students will be better off.

It’s a clear win for schools and families. Students will get to enjoy the benefits of more funding for their school - without leaving their families out of pocket.

The donations scheme is part of our plan to make education more affordable for students and families. It builds on a number of things we've done in education, including making the first year of tertiary education fees-free, the first two years of industry training fees-free, and scrapping fees for NCEA and scholarship exams.

A third of New Zealanders now rent. The previous Government ignored this reality for nine years - that's not good enough.

With our recent changes to the Residential Tenancy Act, we're giving renters more certainty by limiting rent increases to once every 12 months instead of every six. We're also letting tenants make their rental property feel more like home with pictures and shelving. Our changes will allow tenants to make their home safer and more accessible by adding brackets to secure furniture against earthquake risk, putting in baby-proof gates, and installing visual fire alarms and doorbells.