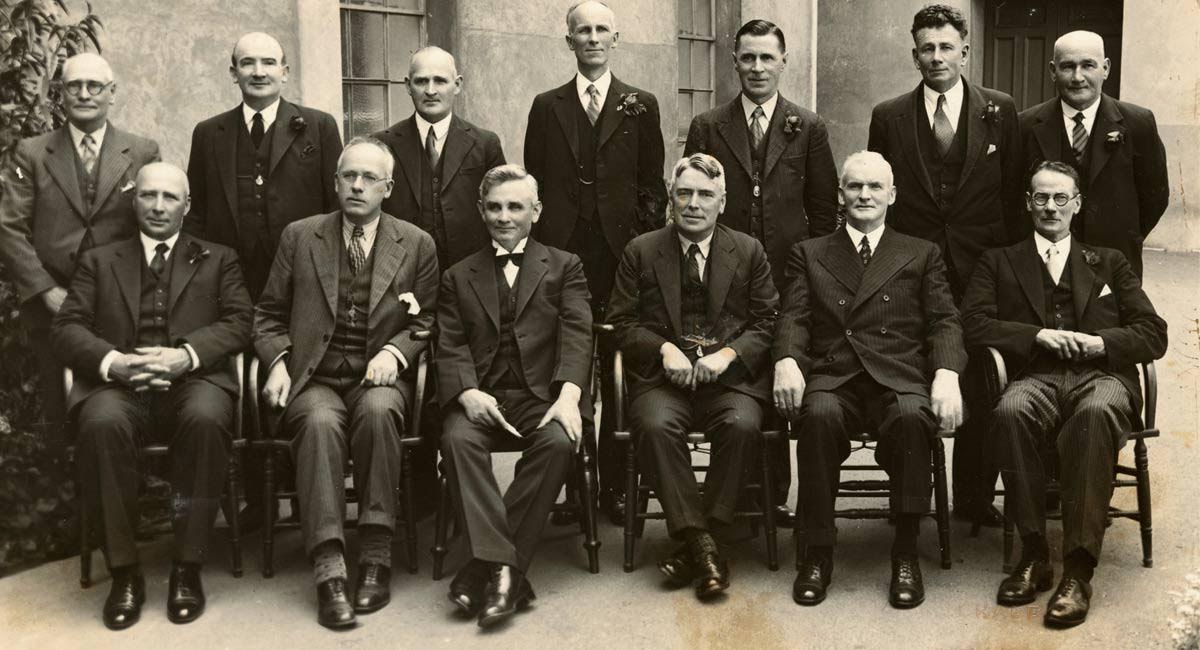 History of the Labour Party

The labour movement in New Zealand

The New Zealand Labour Party’s roots lie in activism for workers’ rights and democratic reform, which can be traced back to at least 1840. This was the year a carpenter in Petone named Samuel Parnell insisted on an eight-hour day. Various ‘working men’s associations’ organised around local and general elections from the 1840s, and became more established as the colony’s population and industries expanded in the 1870s. From the 1870s, too, trade unions became more numerous and there was a rapid wave of unionisation in the late 1880s. The 1890 Maritime Strike was a major confrontation with employers, involving watersiders, seafarers and miners, and although the strike was defeated, unions organised for the 1890 election – the first under one man, one vote. A number of labour-aligned candidates were elected and supported the Liberal Government’s policies of industrial and land reform. 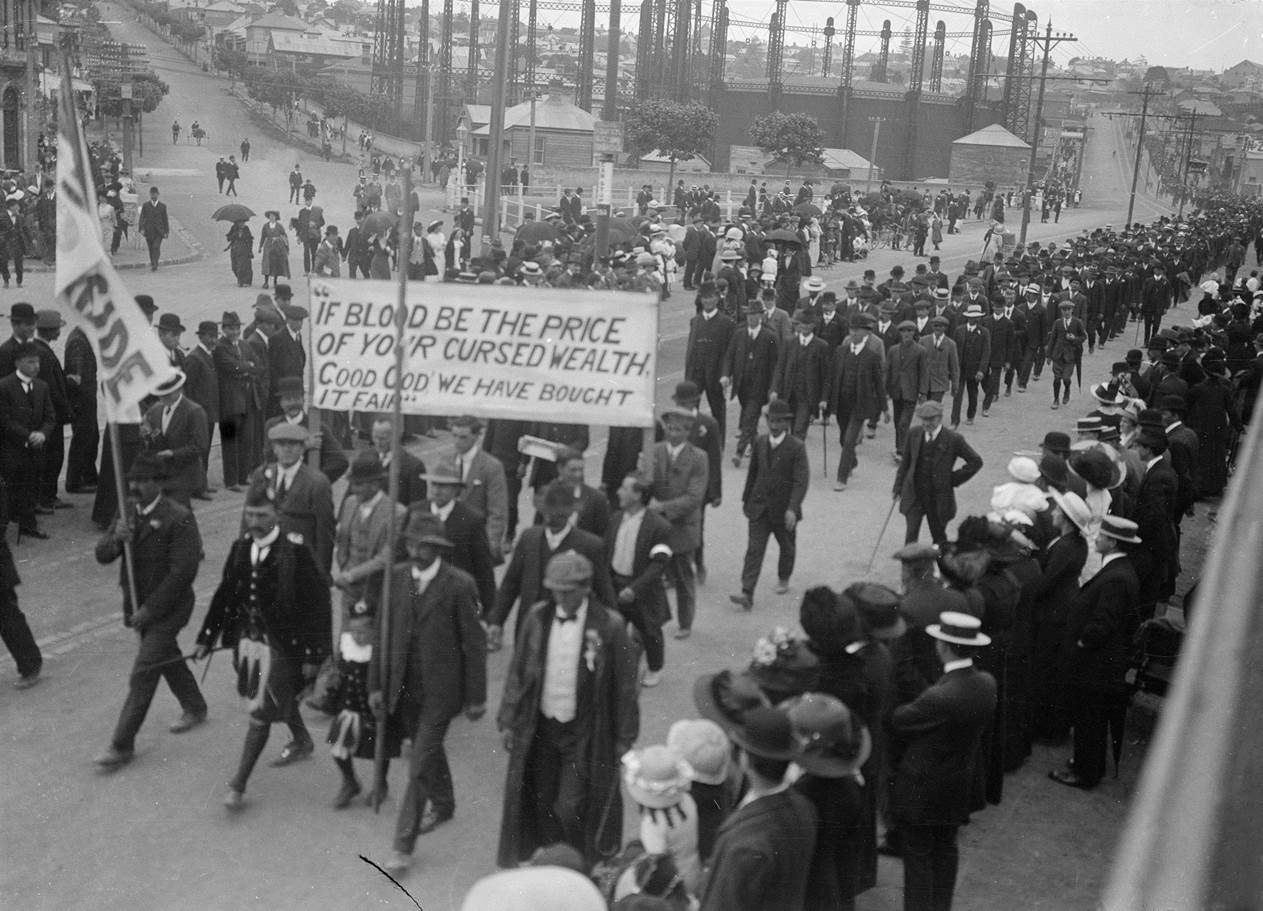 The Industrial Conciliation & Arbitration Act 1894 encouraged unions to form, and by 1905 they were numerous and well-organized. The small New Zealand Socialist Party had been criticising the declining Liberal enthusiasm for reform since 1901, and in 1905 some unions supported the Political Labour League, which won a single parliamentary seat in 1908.

From 1908 until 1913, the labour movement intensely debated the best form of organization for radical change. The Red Federation of Labour, based on mining and maritime unions, argued for strong workplace movements and direct negotiation with employers. Many of the Trades Councils, which sponsored the first NZ Labour Party in 1910, argued for a reformed arbitration system and building a strong, labour-focused party in parliament. A major confrontation at Waihi in 1912 ended with employers and Government defeating the miners’ union. The violent policing at Waihi prompted unity conferences in 1913, which created a new Social Democratic Party.

Birth of the Labour Party

Unity was imperfect; as the Great War began, a number of local organisations remained independent. These organisations and the SDP eventually came together to form the Labour Party in 1916, to stand against the Government’s determination to impose conscription. This new political party included a range of views, from former radical Liberals to militant socialists. Some of the Party’s executive were among the dozens imprisoned for opposing conscription, and more generally the Party campaigned for better pay for soldiers and their families, as well as a controlled cost of living. In 1919 Labour won 8 seats, and increased this to 17 in 1922. In 1926 the parliamentary leader, Harry Holland, became Leader of the Opposition. 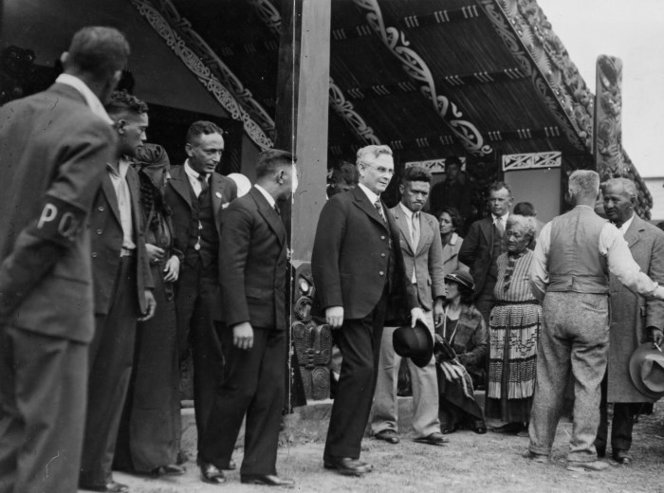 The Great Depression hit New Zealand hard, and in response, New Zealanders elected Michael Joseph Savage and Labour to the Government benches in 1935. For years, parliamentarians had been considering how to make New Zealand’s economy more resilient and how to deliver secure and decent living standards for all. Reforms after 1935 went a long way to achieving these aims, with expanded health and education, state housing, and public infrastructure. The Labour Government committed New Zealand’s full support to the Allies in the Second World War, and also maintained economic stability into the post-war years. Peter Fraser, Prime Minister from 1940, was prominent in international discussions about the post-war order, particularly at the foundation of the United Nations. 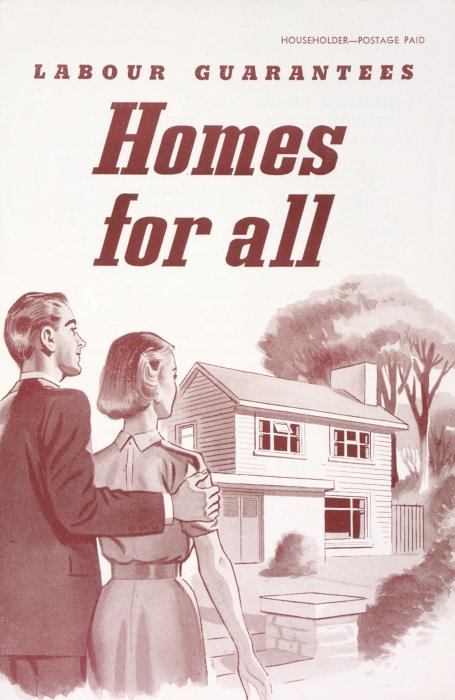 Labour’s domestic policies were widely popular, but the later 1940s were difficult years. Tight economic controls were necessary for stability, but weakened the Government. The new National Party had accepted most of Labour’s reforms and won office in 1949 on that basis. During the 1950s and 1960s, Labour found it difficult to regain office or to distinguish itself from its opponents. A second Labour Government in 1957, led by Walter Nash, dealt decisively with a sharp economic crisis and looked to further economic modernisation, but was defeated in 1960. During the 1960s, the Party modernised its organisation and a new generation of parliamentarians was elected. Labour finally returned to power under Norman Kirk in 1972, with an agenda of regional development, greater social justice, and a more independent foreign policy. The Government was desperately unlucky; the world economy crashed after the 1973 oil shock, and Kirk died in August 1974. His successor, Bill Rowling, prioritised employment and export development but was defeated in an ugly election in 1975.

New Zealand’s economic difficulties persisted into the mid-1980s, and Muldoon’s National Government favoured erratic policies which ranged from severe spending cuts, to energy-intensive development, to an extreme wage and price freeze. Unemployment continued to increase and New Zealand society was changing: Māori protest at the legacies of colonisation was more visible; a third wave of feminism challenged many assumptions about work, family life, fertility and the media; environmental movements challenged assumptions about economic growth and development; and there was increasing discussion around a non-aligned and anti-nuclear foreign policy. When David Lange led Labour back into Government in 1984, the Party addressed many of these social changes. At the same time, it pushed through a comprehensive economic deregulation. The Government’s approach to social and foreign policy were popular in the Party, but there was widespread concern about economic reform. Deregulation was justified as necessary adaptation, but when public infrastructure was privatised from 1987 the Party was greatly damaged, not least because privatisation was pushed through with minimal warning. Lange was unable to restrain those who favoured privatisation and resigned in 1989. He was replaced by Geoffrey Palmer and then, briefly, Mike Moore. Many activists left the Party and Labour was heavily defeated in 1990. 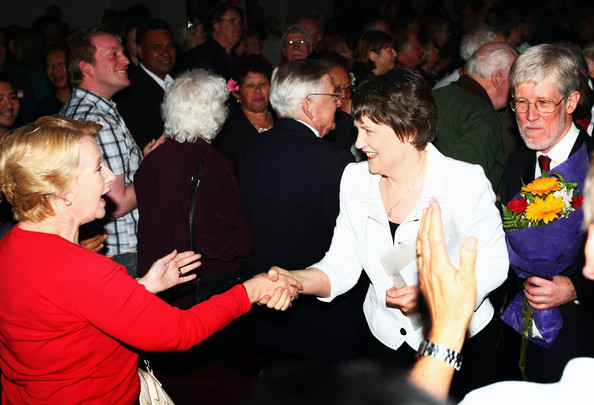 The 1990s was a decade of rebuilding. Parties both to the left (the Greens and the Alliance) and right (New Zealand First) of Labour emerged as legitimate political players. Helen Clark, leader from 1993-2008, returned Labour to its social democratic traditions. She and her team presided over the establishment of Kiwibank (as part of their coalition with the Alliance), the Superannuation fund, and Kiwisaver; decriminalisation of prostitution; legalisation of civil unions; and the introduction of the Working for Families package and interest-free student loans. During Clark’s nine years as Prime Minister (from 1999-2008) she led a variety of successful coalition arrangements - including with the Alliance, United Future and New Zealand First.

From 2008 - 2017 Labour served in Opposition, consistently challenging the National Government on pivotal issues such as inequality, poverty, education and health. In Opposition there were a number of notable achievements for Labour, such as Louisa Wall’s Marriage Equality Act being passed in April 2013, the abolition of zero hour contracts, and the Mondayisation of Anzac Day and Waitangi Day.

On 17 October 2017, Labour once again came into Government. Under MMP, Labour signed a coalition agreement with New Zealand First and a confidence and supply deal with the Green Party. This new and progressive Government, led by Prime Minister Jacinda Ardern, has already achieved a number of its key goals for its first term, including the banning of foreign speculators from the housing market, a comprehensive Families Package, first year fees-free education, and ending new offshore oil and gas exploration. The Labour Government remains committed to key issues such as health, education, child poverty, and the environment, while working towards a brighter future for all New Zealanders. 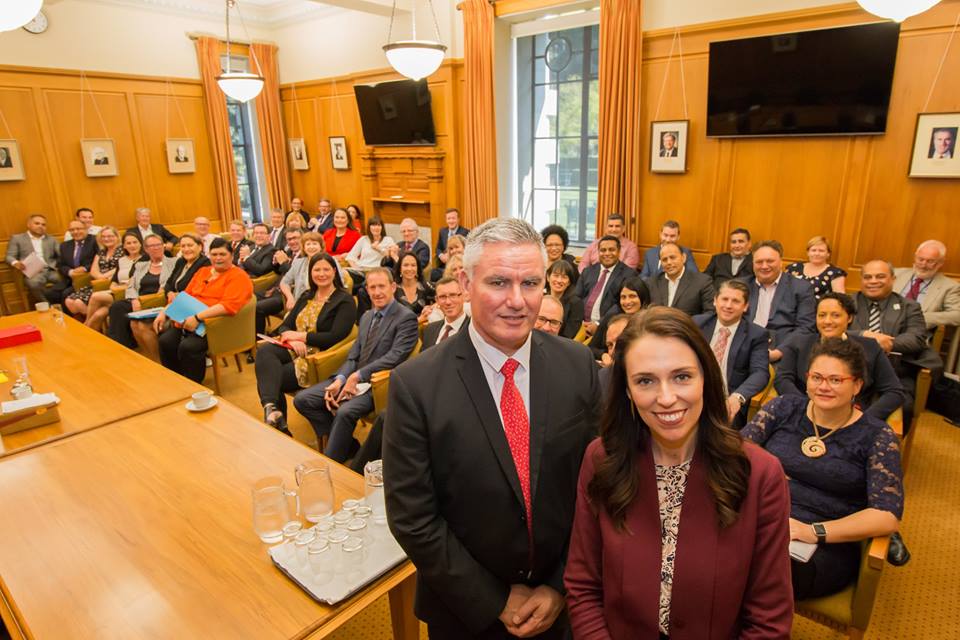 Some of the photos on this page have been taken from the book Labour: The New Zealand Labour Party 1916-2016, written by Peter Franks and Jim McAloon.