Minister for Māori Development, and Broadcasting and Media

“If there is one thing that I am most proud of, it is that we never give up on people and everyone deserves another opportunity.” 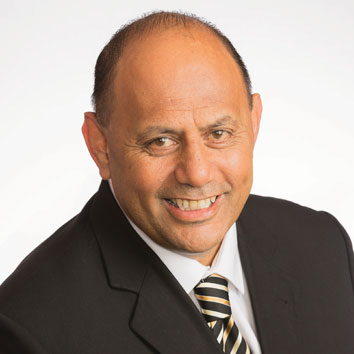 Hon Willie Jackson (born 1961) is a former urban Māori chief executive and award-winning radio and television broadcaster. He grew up in Porirua and Mangere, and attended Mangere College in his teenage years.

Primarily based in Auckland, he has supported the rights of Māori and urban Māori nationally for many years with a focus on community development particularly in South Auckland. He has been at the forefront in terms of advancing community interests, local initiatives and whānau aspirations.

Willie has a very long history working within both Māori and mainstream media in print, radio and television including commentating election coverage in 2005, 2008, 2011 and 2014.

He is the son of the late Bob Jackson and Dame June Jackson, New Zealand’s longest serving parole board member, and his wife is Tania Rangiheuea, a former Victoria University lecturer in Māori and Women’s Studies and now a school principal.