Week That Was: Border security and backing our regions

We took action on violence and extremism online

The Prime Minister spoke at NetHui this week on the work we're doing with the Christchurch Call to tackle violent and extremist content on the internet. 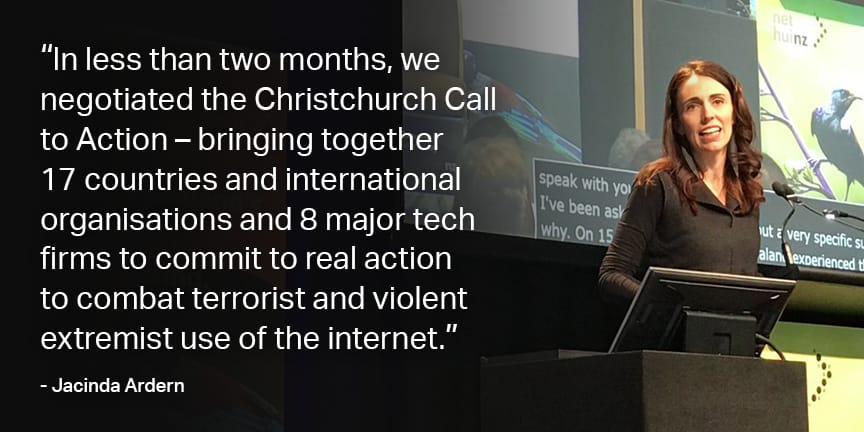 Did you know? Thanks to our Government boosting funding for border security, our customs officers have stopped more than a tonne of harmful drugs from reaching our streets.

Illicit drugs devastate families and communities across the country, with some of our most vulnerable regions the hardest hit. We hired 127 new customs officers to beef up security on our borders – and it’s working.

Our expert customs team are disrupting and dismantling criminal smuggling groups and helping reduced demand for meth by building stronger relationships with iwi and hapū. This is on top of the additional resources we're putting into addiction, detoxification and residential care services for New Zealanders struggling with drug and alcohol issues.

This week, the Prime Minister joined Customs Minister Jenny Salesa at the International Mail Centre to see our customs officers at work.

We're bringing banking back to the regions

Many Kiwis prefer to do their banking face-to-face. But for those in small towns, local branch closures have left them feeling cut off and frustrated.

This week, we announced that New Zealand's largest banks will trial regional banking hubs and have agreed not to close any branches outside of main centres while the trial is underway. The hubs will be trialled in Martinborough, Stoke, Twizel and Opunake. It's another way this Government is backing our regions.

We're breaking the cycle of homelessness

Being homeless can often mean going months without a shower or the chance to wash your clothes. Partly funded by the Government, Orange Sky runs a mobile laundry and shower van that's been helping homeless people in Auckland for over a year - and now they're bringing another van to Wellington.

Investing in great services like Orange Sky is one part of our wider work to tackle homelessness - including building more houses and providing wraparound support services through Housing First.

Associate Minister of Housing Hon Kris Faafoi joined Paul Eagle MP and representatives of the Wellington City Mission to celebrate the official opening of the Hudson van (named after the Ministry for Housing and Urban Development!).